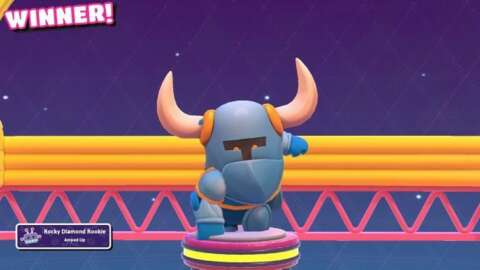 Shovel Knight recently turned seven years old, and his creators at Yacht Club Games celebrated the occasion by looking back not at his own game, but at the numerous cameos he’s made since his debut. We haven’t seen ubiquity like this outside of plumbers and hedgehogs.

The blog post at Yacht Club Games’ website runs down every single time Shovel Knight or one of his compatriots have appeared in other games, from well-known cameos in games like Super Smash Bros. Ultimate and Fall Guys to lesser-known indie titles like Armillo and Creepy Castle. There’s even console-specific mentions, including how the Shovel Knight amiibo figures activate power-ups in the Nintendo Switch version of Cyber Shadow.

The blog contains videos and pictures of each of the Shovel Knight crew’s cameos, including official trailers and gameplay segments. A full list of every cameo Yacht Club mentioned in the blog is below.

Yacht Club Games ends the blog with the cryptic “that’s all of the Shovel Knight Cameos…for NOW,” meaning the door is open for more Shovel Knight guest turns in the future. Shockingly he has yet to appear in one of the most popular games in the world in Fortnite, so perhaps he’ll end up dropping there soon.