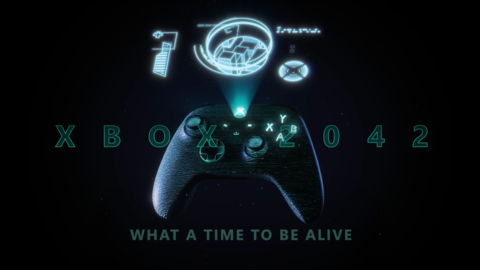 2042 sure does seem like a long time from now, but Microsoft seems adamant that Xbox will still exist then. In partnership with EA to promote Battlefield 2042, the company has released a “trailer” for Xbox 21 years in the future, and it sure does look fancy.

“Imagine a gaming experience indistinguishable from reality,” Microsoft threatens in the video. We see footage of a variety of potential games, including a military shooter, cowboy game, and a football game, and it says the whole experience is “powered by quantum technology” and supports “1 quintillion floating-point operations per second.”

For comparison, the Xbox Series X supports 12 trillion FLOPS–that’s where the 12 TFLOPS figure comes from. For a 2042-era Xbox to support 1 quintillion, the GPU would have to be more than 83,000 times more powerful.

It’s a staggering figure and one that is actually possible now, albeit only with a supercomputer. Still, getting to that in just a few decades for home use is pretty optimistic. The Dreamcast was capable of about a tiny fraction of what the Xbox Series X can do, but it’s still not 83,000 times less powerful.

The ad says this Xbox will have 32K native resolutions at up to 480 frames per second, with zero loading and a holographic user interface. It also includes 70 games at launch and more than 5000 backward-compatible Xbox games. If only.

The Xbox Series X remains pretty difficult to find, so perhaps we should focus on that one for the moment. It’ll support Battlefield 2042, as will PS4, PS5, PC, and Xbox One, when the game launches on November 19.