Skip to content
Homepage / View Comments (10) / Xbox Teases An Announcement, But It's Not Fable 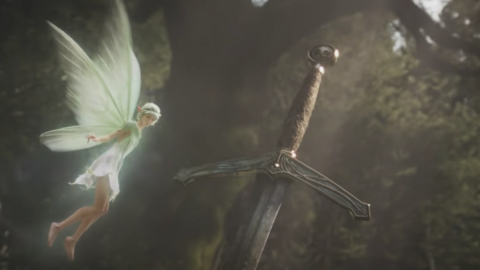 Xbox Game Studios Publishing, the division of Xbox that publishes games made by third-party studios, has teased some kind of reveal tomorrow, October 18. The wording of Microsoft’s announcement suggests it might be connected to Fable. Update: Nope! The account followed up with another tweet that apologizes for causing confusion. It is not a Fable announcement. Additionally, the previous tweets were deleted.

Sorry for any confusion! We don’t have any big game news tomorrow, or any info about @WeArePlayground‘s upcoming Fable game.

The original story follows below.

“We’re excited to kick off something special tomorrow!” the account said. “(Just give us one more day to prepare the chickens.)” In another tweet, the company said, “We’d call it our Fable Anniversary, but that name was already taken.”

We’re excited to kick off something special tomorrow!
(Just give us one more day to prepare the chickens.) 🐔

We’d call it our Fable Anniversary, but that name was already taken.

Tomorrow, October 18, is the 16th anniversary of the release of Fable: The Lost Chapters on Xbox, for whatever that’s worth.

Forza Horizon 5 developer Playground Games is currently working on a new Fable game, but we have not seen anything beyond a brief teaser trailer so far. The franchise was created by Peter Molyneux and Lionhead Studios before Microsoft closed the game studio in 2016.

Keep checking back with GameSpot for more.

Amazon Prime Day Tips: How To Get The Best Deals On Prime Day