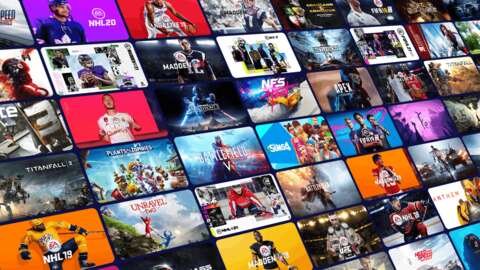 Long before it blossomed into one of the best deals in gaming that it is today, Xbox Game Pass’ entire structure was focused on rentals. According to a report from GQ, Game Pass was in the works at Xbox since 2013, and its first iteration was essentially an Xbox-exclusive version of Gamefly.

Game Pass’ time as a rental service didn’t last too long though, thanks to the rapid growth of two subscription-based services, Spotify and Netflix. Xbox Game Pass then similarly became a subscription service, although as Xbox’s head of gaming ecosystems Sarah Bond remembers, selling the idea to game publishers wasn’t easy. “They were like, ‘No way, [Game Pass] is going to devalue games.'”

While unproven back then, the myth that Game Pass would impact a game’s sales was prevalent until recently. A number of game releases over Game Pass, including Descenders and The Ascent, have shown that despite releasing through the subscription-based platform, a game can still sell incredibly well or even see a spike in sales post-launch.

Game Pass was tested with its first Xbox Game Studios title to launch through the service, Sea Of Thieves. Prior to the game’s launch, Rare studio head Craig Duncan asked Phil Spencer, the head of Xbox, if he would be happy with low sales of the game. “If every single person plays Sea Of Thieves on Game Pass, and we don’t sell a single copy. Are you kind of cool with that?” to which Spencer simply said, “Absolutely.”

In the time since launching, Sea Of Thieves has grown into a massive game with an even larger community of players. Just this past October, the game hit its 25 million player milestone.