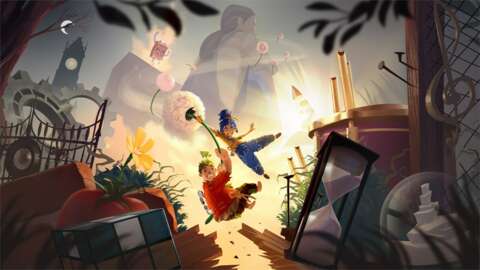 After a year of playing games online, it’s time to get your friends together, sink into a couch with some snacks, and play games the old-fashioned way. Couch co-op is still around and thanks to a massive sale from Microsoft, Xbox owners can take their pick from over 160 games. The Microsoft couch co-op sale ends on September 13 though, so it’s best to check out these deals sooner rather than later.

The ongoing couch co-op sale includes every kind of co-op or multiplayer game, from relaxed, arcade-y titles to competitive fighting games. For instance, Xbox One or Xbox Series X|S users can pick up one of this year’s premier co-op titles, It Takes Two, for just $30, down from $40. Lego games also take up a sizable chunk of the sale’s listings, and feature some heavy discounts, with Lego Star Wars: The Force Awakens dropping to $5 from $20.

Not every game on the list emphasizes couch co-op though, with some requiring an online connection to play together. Descenders, which has online co-op for up to eight players, is currently on sale for $12 as part of the sale along with two of Grand Theft Auto V’s special editions that include extra cash in GTA Online.