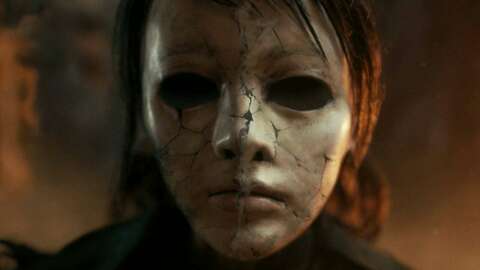 Bloober Team’s psychological horror game The Medium will make its way to PS5 on September 3 with full DualSense support, Sony has confirmed. It’s unclear if the game will launch on PS4 as well, which may be unlikely since it didn’t arrive on Xbox One alongside PC and Series X|S either.

The PlayStation maker revealed the news in a new trailer on YouTube. The minute-and-a-half-long video is entirely composed of cutscenes from the game, with a few pull quotes interspersed. The trailer claims that The Medium is “more immersive than ever” thanks to the DualSense, but Sony hasn’t specified how the game takes advantage of the controller’s features.

The Medium has been a massive success for Polish studio Bloober Team, becoming profitable just a few days after launch and carving out a spot on Steam’s top-selling games of January 2021.

Developed by the team behind Blair Witch and the Layers of Fear franchise, The Medium launched on Xbox Series X|S and PC earlier this year. We awarded the game a 9/10 in our The Medium review, praising the game’s use of subtext and how its themes weave together with its gameplay.

“The Medium’s conclusion sticks with you; it’s one last horrifying reminder that trauma may not define a person, but it can have consequences we can’t even begin to foresee if it’s not adequately dealt with and simply left to fester over time,” associate editor Jordan Ramée wrote in his review. “I can’t say I enjoyed the ending to The Medium, but I am deeply satisfied with how it sets up the inescapable nature of its horrifying conclusion.”