Skip to content
Homepage / View Comments (0) / Xbox Cloud Gaming Comes To Xbox Consoles For Everyone, And That's A Big Deal 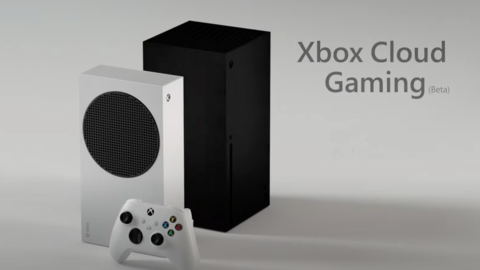 Following a period of testing, Microsoft has now rolled out cloud streaming on console for all Xbox users. From today, all Xbox Game Pass Ultimate subscribers can stream games to their console instead of downloading them. This means players can get into games faster, and for those on Xbox One, they can play Xbox Series X-quality games on the aging console (with some major caveats).

Streaming is rolling out now to a “subset” of Xbox users, while more people will join in the coming weeks. Cloud streaming is available in 25 regions, including the US and UK, with Brazil coming soon.

Microsoft also explained that if you get an invite from a friend to play a game you haven’t downloaded yet, you can accept the invite and jump right into the game through streaming.

For Xbox One users, this is seemingly especially good news because it allows them to play games at a higher quality since they are streamed over the internet and not based on local hardware. Games like The Medium, Recompile, and The Riftbreaker are playable now through streaming, while Microsoft Flight Simulator will be added to the cloud catalog in 2022.

The Xbox Store will display a “cloud” icon on games that support cloud streaming, and you can also filter so you only see games that have cloud support. As with any streaming service, the quality of the experience will depend on the strength and consistency of your connection. Also, those with data caps will want to be careful, since streaming games will constantly use data.

If you’re OK with streaming, this is also another way to get around the ongoing Xbox Series X|S shortages, because you can stream games made for those devices on whatever hardware you have already.

It’s been a very big and busy week for Xbox, as Monday marked the 20th anniversary of Xbox and Halo. Microsoft celebrated with a special video broadcast, and it also launched Halo Infinite’s multiplayer beta.

Best Co-Op Games Of 2021 According To Metacritic