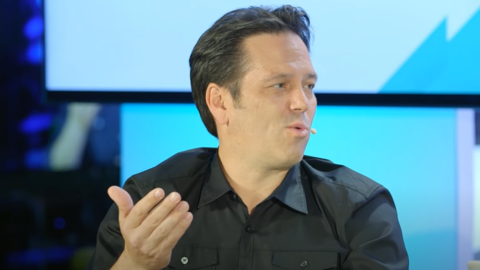 Xbox boss Phil Spencer has shared his thoughts on one of the most talked-about elements of the technology space these days: NFTs, or non-fungible tokens. Speaking to Axios, Spencer said he has observed a good amount of “speculation and experimentation” in the space.

“What I’d say today on NFT, all up, is I think there is a lot of speculation and experimentation that’s happening, and that some of the creative that I see today feels more exploitive than about entertainment,” he said.

Spencer said he doesn’t believe NFTs in the gaming space are inherently bad. However, he said Microsoft would take action against any NFT game project that was “exploitive” on the Xbox platform. Valve, for example, recently banned NFT games from Steam.

“I don’t think it necessitates that every NFT game is exploitive. I just think we’re kind of in that journey of people figuring it out,” he said. ” And I can understand that early on you see a lot of things that probably are not things you want to have in your store. I think anything that we looked at in our storefront that we said is exploitive would be something that we would, you know, take action on. We don’t want that kind of content.”

EA CEO Andrew Wilson is similarly optimistic about NFTs. “I think the play-to-earn or the NFT conversation is still really, really early, and there’s a lot of conversation. And there’s at some level, a lot of hype about it,” Wilson said. “I do think it will be an important part of our–of the future of our industry on a go-forward basis. But it’s still early to kind of figure out how that’s going to work.”