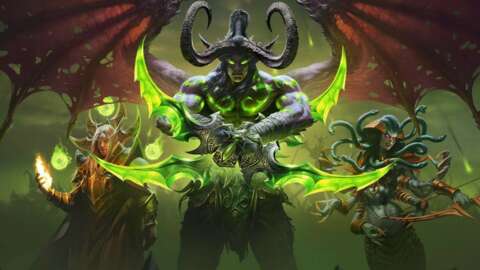 Mere moments after the official opening of the Dark Portal and the beginning of World of Warcraft: The Burning Crusade Classic, Blizzard has announced it is experiencing a DDoS attack which may cause high latency and disconnections for players.

A DDoS attack, or distributed denial-of-service attack, occurs when the bandwidth or resources of a particular system or server are flooded with traffic. It’s become a sadly common occurrence for many online games over the years.

[#BurningCrusade] We are currently experiencing a DDoS attack, which may result in high latency and disconnections for some players. We are actively working to mitigate this issue.

We’re currently experiencing a DDOS attack, which may result in high latency and disconnections for some players. We’re actively working to mitigate the issue.

Players on the game’s subreddit report that the highly populated server Faerlina, where many of the game’s biggest streamers play, seems to be taking the brunt of the attack.

The attack comes just as Blizzard kicked off the launch of Burning Crusade Classic, when server stability was already of concern due to the huge number of players all crowding into just a few areas of the game’s world all at once. To combat this, Blizzard employs the use of “layers,” which siphon off groups of players onto separate instances of the same server, allowing for more stability and overall a more pleasant experience than having thousands of players all in one spot would allow for.