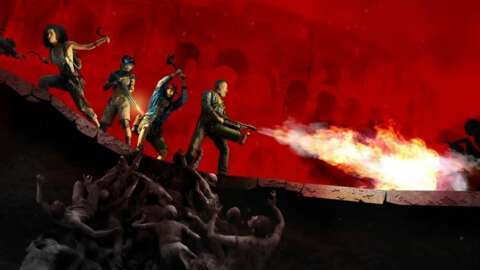 World War Z: Aftermath, an upgrade of Saber Interactive’s co-op zombie shooter, has been revealed as part of IGN Expo. The new version of the game has been enhanced for next-gen consoles and will run at 4K/60fps on PlayStation 5 and Xbox Series X.

The PC, PS5, and Xbox Series X|S versions will also include an exclusive Horde XL mode that adds hundreds more on-screen zombies. The new mode will be added to the game after launch as a free update. The rest of the package launches with everything from 2020’s World War Z: Game of the Year Edition while also adding new characters–including a new Vanguard class–new undead creatures, a new melee system, and a new first-person mode. There are also three new story locations: Rome, Vatican City, and the Kamchatka peninsula in Russia.

World War Z: Aftermath is set to launch later this year for $40 on PlayStation 4, Xbox One, and PC, and will be backwards compatible for PS5 and Xbox Series X|S. If you own the original release of World War Z, you can upgrade to Aftermath for $20. There will also be a deluxe edition that includes a bonus weapon pack, weapon skins, and four-day early access. This will be available for $50, or $30 for existing World War Z owners. The enhanced PS5 and Xbox Series X|S versions of Aftermath are scheduled to launch in early 2022 and will be provided as a free upgrade for existing owners.