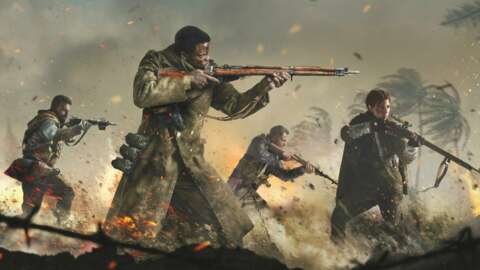 Based on the game’s launch trailer, which features a little number from axeman Jack White, we know that in North America, Call of Duty: Vanguard will unlock on November 4 at 9 PM PT, which is midnight ET on November 5. You’ll want to make sure you have pre-downloaded the game on your platform of choice before that if you purchased a digital version. According to CharlieIntel, the PC version will be a global launch, while other regions will see the console versions launch at midnight local time.

On Xbox Series X|S, you can also pre-download the game, even if you are planning on buying the disc. To do this, go to the official Xbox app on your phone or tablet and choose the “download to console” option. This will install the file to your system and eliminate having to install it from the disc, though you will still need to put the disc in at launch to play–so you likely won’t be able to start it just as those with a digital copy do.

Call of Duty: Vanguard will be available on Xbox Series X|S, Xbox One, PS4, PS5, and PC. Because it supports both cross-play and cross-progression, you’ll be able to play with your friends on multiple platforms right when it unlocks.

Grab Call of Duty: Vanguard For $39 At Walmart For Black Friday