Skip to content
Homepage / Check it out / What To Expect From E3 2021: Games, Delays, And Surprises 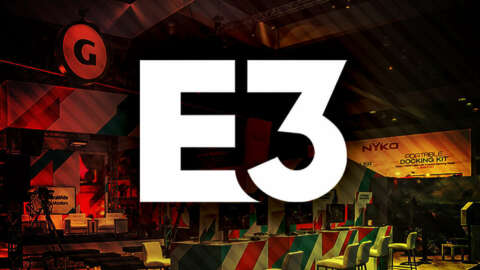 It’s officially June, and that means E3 is almost upon us. The show has been in a state of flux for years, and last year’s, in particular, was completely upended by COVID-19. With things still not fully back to normal on that front–and publishers perhaps beginning to favor new strategies for publicizing their games–E3 2021 will again look quite different than what you’ve likely become accustomed to in years past. We nonetheless have some idea of what to expect, even if the list of confirmed events and games is remarkably light at this point.

To some degree, E3 2021 will resemble what last year’s gaming events smorgasbord looked like. It’ll be all-digital, with a number of publishers hosting their own showcase events–although the E3 press conference schedule remains very much up in the air. Less than two weeks out from the show, there are still many question marks about who will be having showcases (Square Enix? Will Sony do something of its own?). But we do know that the first big day will be Saturday, June 12, which will feature Ubisoft Forward, followed by Xbox and Bethesda’s joint showcase on June 13. It’s actually looking as if the weekend may be the busiest time for press conferences, rather than the more Monday-heavy shows of the past. But again, we’re still awaiting the finalized schedule despite how imminent it all is; we only just got word on the Nintendo Direct less than two weeks before it’s set to take place.

After two years in a row of summer teases for new gaming hardware, this year should be more focused on the games. That’s not to say hardware won’t be showcased–we’re sure to see many games that leverage what the new current-gen consoles are capable of now that it’s in (some) people’s hands, be it ray tracing, faster load times, or new types of experiences. And E3 2021 may be a showcase for another, as-of-yet unannounced piece of hardware in the rumored Nintendo Switch Pro.

Recent reports suggest the enhanced model of Switch will be announced in advance of the show in order to allow developers to promote their games running on it during E3. That wouldn’t be so unusual, as Nintendo has often revealed new hardware outside the confines of E3. If such an announcement is coming in the near future, it seems likely it will hit before E3. The now-official Nintendo Direct set for Tuesday, June 15, will include “40 minutes of info focused exclusively on Nintendo Switch software.” Unless Nintendo is attempting to mislead us, that means the reveal of new hardware would have to come before then. Because the Tuesday Direct will come after Ubisoft and other publishers host their own events where they could be talking about their Switch Pro games, announcing the system early so that Switch Pro games can show up throughout E3 makes sense.

With all the games shown by publishers–be it Switch games with Pro enhancements or otherwise–one trend we may see is a lack of specific release dates (or new ones that are later than expected). Numerous games have been delayed due to COVID-19, and it’s easy to assume that whatever sense of normalcy has begun to return in some parts of the world means we’re now done with delays. But it’s very likely that we haven’t seen the last of those delays, something that may be reflected in E3’s myriad announcements. (Sure enough, just in the time of writing this article, God of War 2 and King of Fighters XV were delayed, and doubt was cast on Horizon Forbidden West hitting this year.)

And although Sony is technically skipping E3, it remains to be seen if it will still do something in the near future. The recent Horizon Forbidden West event offered a nice peek at a terrific-looking game, but what about God of War: Ragnarok (official name still TBD), Gran Turismo 7 (now coming to PS4), or whatever Naughty Dog is working on next? Not being a partner of the ESA to take part in E3 doesn’t preclude Sony from still hosting a livestream in June, although it can just as easily opt to wait for a quieter period in which it can bask in the spotlight for longer. (PS5s are going to keep selling out either way, so it feels like there’s little rush unless Sony is worried that Microsoft’s Halo Infinite and Starfield are going to win prospective console buyers over.) EA is doing just that by waiting for July to host this year’s EA Play, and it’s possible other publishers will also do so.

In general, what’s most surprising as we head into E3 is just how little we know. The number of confirmed games for E3 is inordinately low if you set aside the list that the Guerrilla Collective streams will feature. We wouldn’t necessarily expect to have an appearance from Zelda: Breath of the Wild 2 confirmed in advance (although Nintendo previously said in February that it would talk about the game this year; the E3 Direct seems like a good time for that), but it feels as if the entire show is one big wildcard. That may make for a show that’s even more exciting than usual, although, with just over a week to go, there’s still plenty of time for leaks to spoil that.