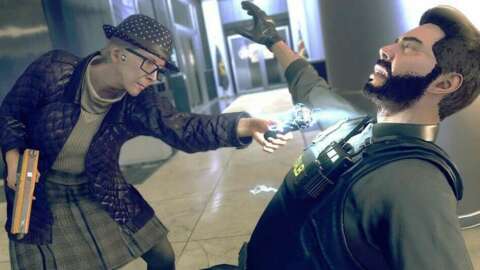 The game that became Watch Dogs was initially intended to be a new Driver game, according to a new report from VG247. The report cites three sources who worked on the project from its inception in the early 2010s, and details how the game slowly progressed from a modern reinvention of the Driver concept to become its own franchise entirely.

Though this report features new quotes and claims, the idea that Watch Dogs grew out of the Driver franchise is not a new one. The report even includes a quote from a 2013 IGN interview with Ubisoft’s North American president Laurent Detoc where he said that the game grew out of a “driving engine” that was related to the Driver franchise.

Sources in the report point out that the original Watch Dogs has a certain resemblance to the original Driver games, with its combination of vehicular and on-foot sections. These same sources say the Watch Dogs project was developed simultaneously with the game that became Driver: San Francisco, a bold reimagining of the franchise that gave players the ability to “shift” between cars by possessing them.

However, San Francisco’s lackluster sales and the newfound hacking focus of the untitled Driver project caused it to become a new franchise, Watch Dogs. Sources compare the transformation from Driver to Watch Dogs to the origins of the Assassin’s Creed franchise, which began life as a Prince of Persia spinoff.