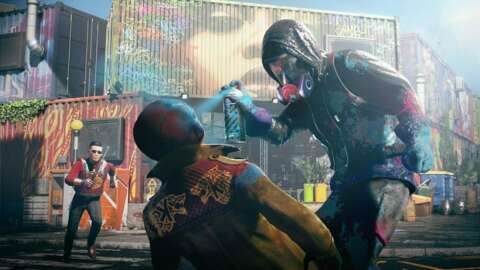 The 4.5 update for Watch Dogs: Legion introduces a new kind of enemy for testing on PC before rolling out to the wider community. Title update 4.5 adds “Legion of the Dead,” a PvE rogue-lite mode where your plucky band of London citizens attempt to survive against throngs of hostile undead.

The Legion of the Dead mode is only available on PC in Alpha phase right now, but there players can try their survival skills solo or in co-op. You’ll have to plan and strategize how to reach an extraction point while gathering supplies. But this being Watch Dogs Legion, you’ll have the entire citizenry’s equipment and specializations to help you survive.

Aside from the new mode, all platforms will get a few other additions. A second Tactical Op will let you strategize with your friends on how to infiltrate a secret project related to Optik devices. You’ll also get a new 60 FPS Performance Mode option on the new-gen consoles, cross-gen play, a free download of Helen on June 15, and another free rewards track.

Watch Dogs: Legion’s first tactical op dropped in March with the 3.25 update. More recently, an update in May added new characters and refreshed the season pass. The hook of Watch Dogs: Legion is that you can play as just about anyone you see wandering around the world, which gives way to tons of options when it comes to dealing with its scenarios.