Skip to content
Homepage / Check it out / Vampire The Masquerade: Blood Hunt, A Battle Royale, Announced 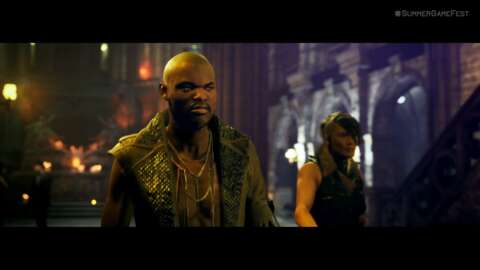 Vampire the Masquerade: Blood Hunt, a third-person battle royale, was announced during Summer Game Fest Kick-Off Live. It features a massive battle royale, set in the city of Prague, with scaleable buildings. The trailer showed off some of the creatures of the night and their unique abilities.

Blood Hunt is set to feature fully customizable characters with six different classes to choose from. The developer wrote on its website that it does not believe in “pay-to-win” mechanics and is working on this project with a “player-focused mentality.”

The game is being developed by a new studio, Sharkmob, and will be coming later this year, will a closed Alpha on July 2. Sharkmob was acquired by Tencent in 2019 and will create new projects for the company. No platforms were announced for the game, but the trailer featured a Steam logo on the end card.