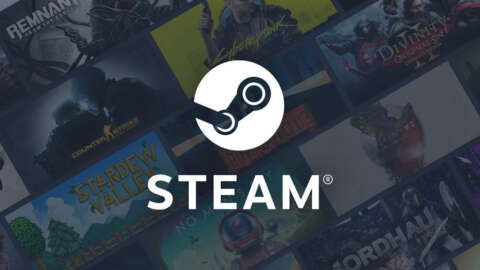 Valve has responded to a legal challenge alleging antitrust violations, requesting that the suit be dismissed and defending the 30% sales cut taken by its Steam digital store. The suit, filed in April by Wolfire Games, alleges that Valve’s dominant position allows it to charge “an extraordinarily high cut” from developer sales.

Wolfire claimed in its suit that Valve bars developers from selling Steam keys for lower prices on other stores, which it argues is anti-consumer because sellers need to keep prices high to afford Valve’s high cut.

In a response (via PC Gamer), filed this week in Washington district court, Valve argues it “has no duty under antitrust law to allow developers to use free Steam Keys to undersell prices for the games they sell on Steam—or to provide Steam Keys at all.” It also argues that Wolfire failed to provide evidence of Valve allegedly disallowing pricing requirements, saying it was based on a single anecdote. That doesn’t suggest a larger policy at play. It also defended the 30% sales cut, citing the industry standard. The response seeks to dismiss the suit or to take the claim to arbitration.

Interestingly, Valve cites competition from other stores, including Epic Games, as evidence that 30% becoming the industry standard has not harmed competition. But of course, Epic Games has been very vocal in criticizing that 30% cut while boasting of its own 12% cut. Microsoft recently reduced its own to match at 12% as well, so while 30% has been the industry standard, that may be changing.

Epic Games has also been in court recently, alleging similar anti-competitive practices against Apple through its first-party App Store and devices. The outcome of that trial is still pending, but many court-watchers expect it to be appealed no matter who comes out on top.