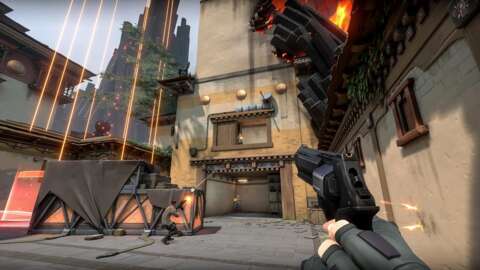 Valorant update 3.02 is out, and it makes some tiny but significant additions to the game, per its patch notes. For one thing, Riot has rebalanced the way that clipping is calculated, meaning that player models and the like should no longer phase through thin walls quite as frequently.

The biggest gameplay change comes in the form of yet another small Sage shift. Players can no longer create a barrier between the pyramids on the Breeze map to create a small sliver of space that players can use to create an unintended line of sight. Additionally, Raze’s Boombot can no longer be placed through some walls.

The patch also includes several important bug fixes, particularly one that causes the team voice volume slider to reset to 50 again and again. This one was noted by fans, so it’s nice to have it fixed. In the text of the update, Riot notes that it is still monitoring the effect that new agent KAY/O has had on the game’s competitive meta since he was added in early June.