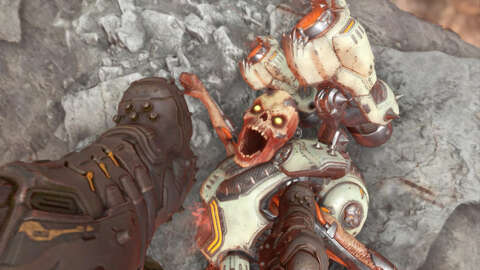 Developer id Software seemingly has a new project in the works, as the Australian Classification Board has listed an M rating for some kind of “multi-platform computer game” to be published by ZeniMax Europe.

The listing was published on June 28 and has been rated M for “violence” and “online interactivity,” suggesting it might be a gory multiplayer title. There are also mild instances of some mature “themes” and “language.” While the project is categorized as a “multi-platform computer game,” no other details are known. However, the listing states the version of the project is “original.”

This is the second time the Australian Classification Board has listed an id Software game prior to its eventual announcement and release. Earlier this year, the ACB posted an M rating for “Project 2021A,” which wound up becoming the PlayStation VR version of Doom 3 that launched in March 2021. It’s worth noting that an M rating in Australia is much milder than the same rating in the US.

In other Doom news, id Software dropped a new Doom Eternal patch for next-gen consoles and PC that implements a smorgasbord of performance enhancements. This includes things like ray tracing and 120fps modes.