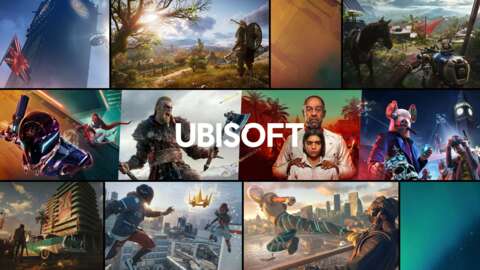 Ubisoft has outlined a new list of bonuses for CEO Yves Guillemot, and the changes include swapping out a gender diversity initiative for one centered around carbon emissions. As reported by Axios, Ubisoft’s new set of bonuses does not include that same gender diversity goal as last year’s set does, although that three-year goal is still in effect for Guillemot.

The long-term goal for Ubisoft was to increase the percentage of women within the company from 22% at the end of March 2020 to 24% by the end of March 2023. The goal remains as a three-year potential bonus for Guillemot but was not included in this year’s set of multi-year bonuses, instead replaced by a carbon intensity goal. Ubisoft reported women make up 23.5% of its workforce as of the end of March this year, potentially putting it on track to complete its stated goal.

The new three-year carbon density goal has three main goals, in addition to smaller criteria. First, the company needs to reach 100% renewable energy; it stands at 73.5% as of 2020. Ubisoft also aims to reduce the number of business trips the company takes by 20% in addition to increasing the percentage of its games sold digitally up to 68%. For reference, 48% of Ubisoft’s game sales were digital in 2019.

This comes a year after Ubisoft dealt with a wave of allegations of abuse and toxic work culture by some higher-ups at the company. Recently a French publication released a report accusing the company of not making meaningful changes to address the issues. Guillemot responded to the report with an open letter detailing the improvements and changes the company made.

After last year’s allegations, Ubisoft added the bonus goal of improving the quality of life for its employees, with Guillemot receiving a roughly $200,000 bonus if the goal is met. The requirements for this goal involve “listening to teams, training managers and employees in ‘respect at work’ and assessing team members on the exemplary nature of their behavior.”

Variable compensation goals are used by publicly traded companies to point executives in the direction that a company’s board may want the business to move. These financial incentives are meant to bring a CEO’s income closer to that of other companies if the goals are met. The goals offer additional pay in either the form of stock options or cash. Axios’s Stephen Totilo noted on Twitter that Guillemot missed out on about $600,000 in bonuses last year due to the company’s financial performance.

A Ubisoft representative told Axios that “gender diversity remains a priority” and that the company may consider reintroducing the bonus target in 2023.