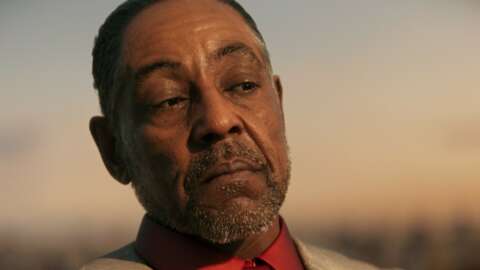 Following Far Cry 6’s gameplay reveal and October 7 release date confirmation, Ubisoft said it “doesn’t want to make a political statement” on the state of Cuba with the open-world shooter.

Narrative director Navid Khavari told TheGamer that Ubisoft is trying to balance serious storytelling and engaging action in Far Cry 6 without commenting on real-world events–even after speaking to actual guerrilla fighters who serve as the inspiration for the open-world shooter’s fantasy.

“The original inspiration was Guerrilla Warfare and what is that guerrilla fantasy, which is obviously tied to revolution,” Khavari said. “When you talk about guerrillas, you think of the guerrillas in the 1950s and 1960s, we actually went down there to speak to actual guerrilla fighters who fought back then, and we just really fell in love with their stories.”

Despite drawing inspiration from guerrilla tactics used throughout history and around the world, Khavari insisted Far Cry 6 isn’t commenting on Cuba. Khavari said Ubisoft fell in love with “the culture and people” from the ’50s and ’60s, using their stories for the game’s creation and design.

“But we also fell in love with the culture and people we met,” Khavari said. “When we came out of that, it wasn’t that we felt we had to do Cuba, we realized it’s a complicated island and our game doesn’t want to make a political statement about what’s happening in Cuba specifically. Beyond that, we’re drawing inspiration from guerilla movements around the world and throughout history. For us, it felt like doing the island of Yara would help us tell that story while being very open with our politics and inspiration.”

Cuba is going through quite the change, as the leader of the communist party that’s been in power since 1965, Fidel Castro’s brother Raúl Castro, recently retired from his post. Cuba remains a communist country, with the Castro name being succeeded by Miguel Díaz-Canel as of April 2021.

This isn’t new, as Ubisoft frequently parrots this sentiment around whenever its games release. Ubisoft said the same thing about both of its 2019 shooters, Ghost Recon Breakpoint and The Division 2, but suddenly embraced its political messaging with last year’s Watch Dogs: Legion.

Far Cry 6 is still political despite not specifically referencing the state of Cuba. Khavari told GameSpot when debuting the game last year that it will explore themes like fascism and revolution.

Far Cry 6 – How To Get Every Amigo