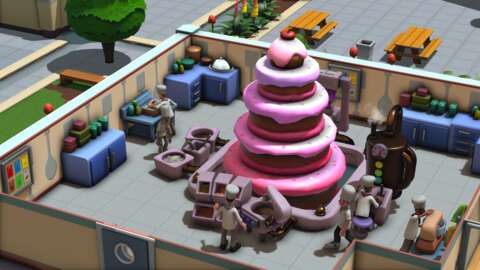 Sega has announced Two Point Campus, the follow-up to the management simulator Two Point Hospital. In this game, players take on the task of building and running a university campus that teaches a variety of unusual courses. Instead of math and literature, Two Point Campus students learn how to joust at the Knight School and how to cook at the Gastronomy center.

Two Point Campus is currently scheduled for release in 2022 on PC and consoles.