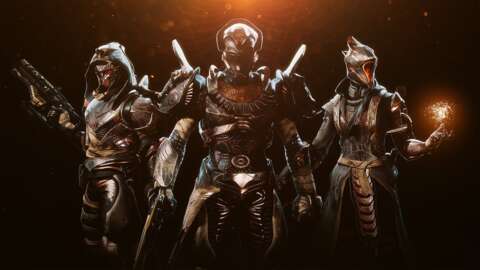 After a week’s hiatus, the Trials of Osiris returns to Destiny 2 this week with another Trials Labs variation. Once again, you’ll be tasked with capturing control zones in matches, although they won’t appear in the same places they did earlier this season. The endgame-focused competitive mode will return once again with the daily reset today, November 12, at 9 AM PT / 12 PM ET. Although most of the rewards now remain static from week to week, the latest round of Trials will take place on a different map and with a different Adept weapon up for grabs for those who manage to pull off a Flawless run.

The Trials of Osiris kicks off at 9 AM PT / 12 PM ET on November 12, so we’ll update this post when the competition begins with all the details you need.

Trials of Osiris, as always, will be available from Friday’s daily reset until the weekly reset at the same time the following Tuesday. During that time, you can also pay a visit to Xur to see what Exotics he’s selling. Make sure to pay a visit to Saint-14 in the Tower to pick up a Trials card, which will dictate certain bonuses (such as whether you get bonus rewards at certain milestones or if a loss will be forgiven).

This week’s Bungie blog post noted that it had deliberately kept Trials mostly unchanged over the last few weeks, other than offering the Freelance option available last weekend. That won’t be available this time around, but it will return in the future. A change is coming for this weekend, however, specifically targeting the Flawless pool, which had been enabled each Sunday this season.

Rather than simply lumping in Flawless players together, matchmaking will work differently right from the outset. Matchmaking will attempt to pair you–if possible–with other players who have both a similar number of wins on their current card and a similar number of overall wins for that specific weekend. This will prevent players who just barely manage to achieve a Flawless run from being matched with nothing but the very best, elite teams once the Flawless pool is enabled. Bungie warns that the tweak could lead to an increase in matchmaking times but says it will be monitoring the situation.

Going Flawless, for those who don’t know, means achieving seven consecutive wins without a loss in Trials of Osiris. Do that, and you earn yourself some high-quality rewards that can’t be attained in any other way. While the mode remains the highest-end activity for PvP players, this season has made it more welcoming to everyone by providing you with more rewards as you play, ensuring you get some gear just for taking part.