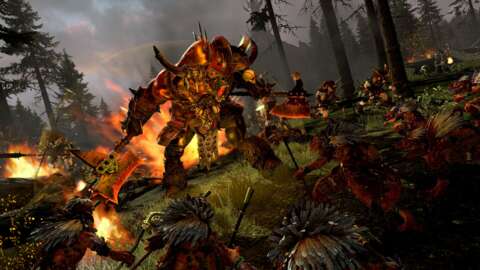 In a new post outlining all the changes, Creative Assembly warns the update will make currently installed mods unstable and may affect current campaigns. Thankfully, there is a workaround. Players can opt-in for a beta of the earlier 1.11.1 version of the game to finish any campaign saves. When players are ready to update to the latest version, they simply need to opt-out of the beta client and download the game’s latest updates. Here’s the exact process for enabling the beta:

It’s unclear what precisely makes it so older campaign saves are incompatible with Total War: Warhammer 2’s latest update, but there are certainly a huge list of changes to factor in. The Hammers & Headstones update, as it’s called, brings substantial updates to the Beastmen and Dwarf factions and campaigns, while also making room for two new Lords that will appear in-game under AI control regardless if players have purchased the new The Silence and The Fury DLC or not. Combined with new free DLC like the Dwarf Lord Thorek Ironbrow, as well as a lengthy list of bug fixes and balance changes, there is plenty for Total War: Warhammer 2 fans to sink their teeth into.

While Creative Assembly is still supporting Total War: Warhammer 2, which first released in 2017, the studio is also currently working on its sequel. Total War: Warhammer 3 will focus on the realms of Chaos and the Lands of the East, adding numerous new Chaos factions to the game like Khorne and Slaanesh as various groups wage war to exploit, or save, a dying god. No specific release date for Total War: Warhammer 3 has been given, but it’s currently slated for a late 2021 release.