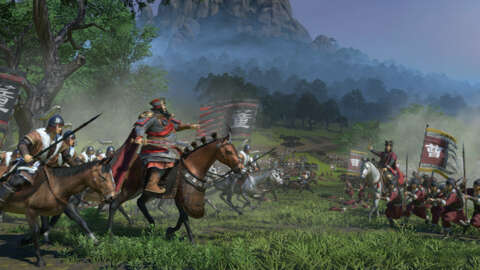 Total War: Three Kingdoms’ newest patch 1.7.1 will also be its last, after Creative Assembly announced that it would be winding down production in favor of a new Three Kingdoms game. While the patch is expansive and contains many of the fixes previously promised by the developers, some promised content was never added to the 2019 game, leading fans to review bomb Three Kingdoms on Steam.

The game’s Steam page now shows an overwhelmingly negative rating for recent reviews, while its overall reviews are still sitting at mostly positive. Negative reviewers stated that they felt betrayed by the developers, citing a promised northern region expansion that never materialized, and complaining that the game never actually explored the Three Kingdoms it’s named for.

The developers’ announcement said that the team had wrapped up the story intended to be told in Total War: Three Kingdoms, and that further parts of the historic story would be told in separate games under the Three Kingdoms banner, with the next installment already in development.

The final patch includes some changes that were promised by developers, such as moving Mount Song and Hulao pass to the right location, but is lacking in the broader map expansion that the Mount Song relocation was meant to accompany. The patch notes also include a large number of bug fixes.