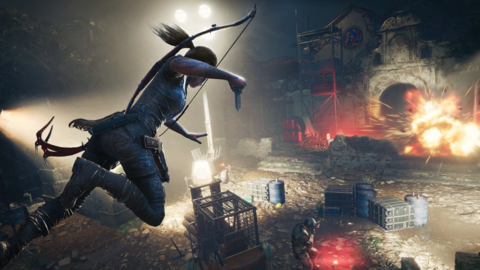 Crystal Dynamics, the studio behind Tomb Raider and Marvel’s Avengers more recently, is expanding with a new office in Austin, Texas. The new studio is known as Crystal Southwest, and its developers will contribute to “all current and future Crystal Dynamics titles.”

Dallas Dickinson, a former BioWare veteran who worked on Star Wars: The Old Republic, is heading up Crystal Dynamics Southwest. The team is currently hiring, but it’s already staffed by a team of Crystal Dynamics veterans, though no other names were shared. The studio is “hard at work” and is hiring to continue to staff up as the outfit gets off the ground.

Austin is a southwest game development hub. Crystal Dynamics joins a long list of other big companies with offices in the area, including Zynga, Visual Concepts, Certain Affinity, ZeniMax, and more. Apple, too, is building a $1 billion campus in Austin.

Crystal Dynamics’ latest game is Marvel’s Avengers, which launched in September 2020 before growing with a PS5 and Xbox Series X release in March 2021. The studio continues to support the game with new content.

Looking further ahead, however, Crystal Dynamics has no new announced projects, but it was revealed in March that the studio was hiring for a new AAA game.

2021 marks the 25th anniversary of the Tomb Raider series, and Crystal Dynamics has told fans to expect “additional franchise announcements” in 2021, but whether or not a new game is part of that remains to be seen. 2018’s Shadow of the Tomb Raider was the third and final entry in the reboot trilogy that began with 2013’s Tomb Raider.