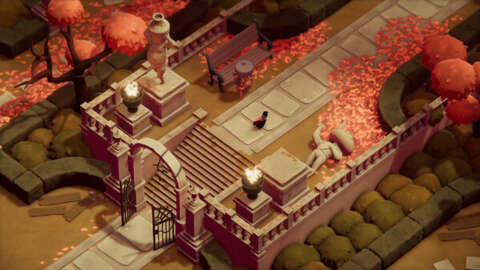 The game is an isometric, stylish action game that features a character named Crow who essentially acts as a grim reaper, harvesting souls of the dead. It follows Crow’s effort to recover a soul that has been stolen–requiring players to fight through tough enemies along the way.

According to the new gameplay trailer, Death’s Door will be somewhat familiar to players of Titan Souls. It features giant enemies called “tyrants” and its combat system is a mix of ranged, close-quarters, and magic. You can see the trailer in the embed above.

Death’s Door is coming to Xbox One, Xbox Series X, and PC, and it’ll cost $20. Devolver has also revealed some new games, like a cool-looking Kurosawa-inspired samurai game called Trek to Yomi.