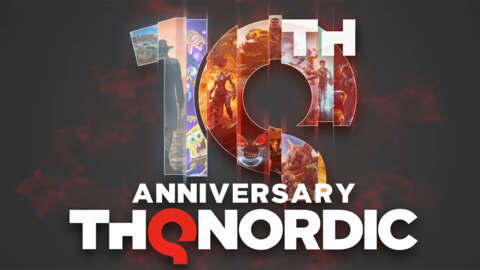 To celebrate its 10th anniversary, video game publisher THQ Nordic will be hosting a digital showcase event on September 17 at 12 PM PT / 3 PM ET on its YouTube, Twitch, and Steam page. The showcase will be hosted by The Game Awards executive producer Geoff Keighley and will feature six new game announcements.

THQ Nordic didn’t reveal exactly all of the games that will be featured during the event, but it did tease the return of a “legendary franchise. This one is apparently one that “some for which fans have been waiting decades to get their hands on,” and there’ll also fresh information on open-world RPG ELEX II and new footage on for Expeditions: Rome.

One such franchise that could meet the bill at the showcase is TimeSplitters, as work had begun on the series after THQ Nordic purchased publishing labels Koch and Deep Silver in 2018. TimeSsplitters co-director Steve Ellis was hired by the company in 2019, to help “plot the future course” for the franchise, THQ Nordic announced during its most recent financial results.

Another possible franchise that could get the sequel treatment is Metro, as Metro Exodus was released back in February 2019. Developer 4A Games has kept adding graphical enhancements to its Russian post-apocalyptic first-person shooter since release, and the series has been a consistent best-seller that warrants another sequel.

THQ Nordic has had an interesting journey since it was first formed in 2011. Originally called Nordic Games, in 2013 it acquired a huge number of leftover properties from the bankruptcy auctions of the original THQ, grabbing over 150 individual games such as Red Faction, Darksiders, and MX vs. ATV in a $4.9 million deal. By 2016, Nordic Games had rebranded itself to THQ Nordic to build on the legacy and the goodwill of the company that had come before it.

September is turning out to be a busy month for video game companies and publishers, as next week will see Sony host its own event to provide more details on its upcoming slate of games.