Skip to content
Homepage / Check it out / There Is No Evidence Of Aliens, Government Says, But Some UFOs Can't Be Explained 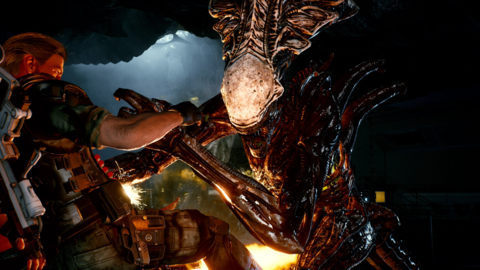 The United States government is preparing a report to explain what it knows about unidentified aerial phenomena (UAP)–or UFOs as they were historically known–but it’s not good news for people hoping we’ve been visited by aliens from outer space.

An official who read the report told CBS News ahead of its official publication that “there is no evidence the objects are extraterrestrial.” That said, the Pentagon’s Unidentified Aerial Phenomena Task Force report could not explain what many of the objects were.

More than 120 cases that were investigated by the government remain “unexplained,” according to the report, which in turn keeps the door open for conspiracy theories. The UFO report will be given to Congress by June 25, at which point we should learn more about the specifics.

This comes after 60 Minutes aired in in-depth segment featuring new footage of unknown objects flying through the air that could not be explained. Lieutenant Ryan Graves told CBS that US pilots training off the Atlantic coast saw these objects every day for a couple years.

In 2020, the Pentagon declassified multiple videos recorded by Navy pilots that showed aerial phenomena that could not be explained.

More recently, Barack Obama said that, upon becoming 44th President of the United States, he asked people in the know if the US had a secret lab holding alien specimens. But he was told there wasn’t.

“The truth is, when I came into office, I asked, ‘Is there a lab somewhere where we’re keeping the alien specimens…?’ They did a little bit of research and the answer was no,” he said.

Former Blink 182 member Tom Delonge and his company To The Stars has been one of the key players in the recent acknowledgements by the US government that it has observed objects that cannot be explained. People hoping for real alien life from another planet, however, will have to keep waiting.