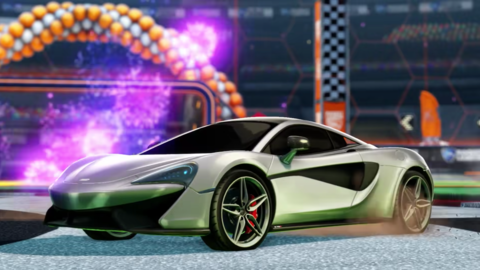 A fan-favorite DLC car is returning to Rocket League for the first time since the game went free-to-play. The McLaren 570S will be available once again for purchase in the game on May 27, this time with a sweet-silver paint job, developer Psyonix has announced.

The new pack comes with the car (which uses the Dominus hitbox,) unique engine audio, and more. Here is everything included in the two McLaren 570S Packs:

In addition to the pack, every player can get a free McLaren-themed Avatar Border from the store. The Avatar Border and the McLaren Pack are available until June 2. Rocket League has featured a number of limited-time packs that include battle cars inspired by real cars, with both the Lamborghini pack and the F1 pack.