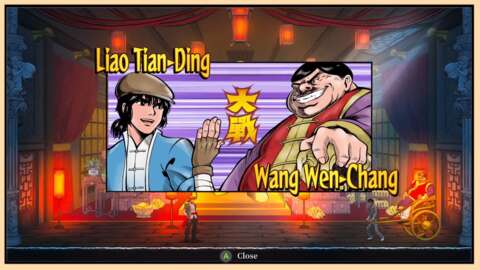 Publisher Neon Doctrine has released a new trailer for The Legend of Tianding, an upcoming side scroller action game where you play as Liao Tianding in early 20th century colonial Japanese Taiwan. The game is loosely based on real events and people, following the exploits of the vigilante of Taipei city that robbed from the rich to give back to the poor.

As seen in the trailer, the game is depicted in the style of traditional Chinese manga. Most of the game is geared around combat, requiring you to perform combos in what looks to be a very tightly tuned technical combat system based around kung fu.

There’s also an exploration aspect to the game as well, where you’ll talk to different people, find magical talismans that grant you bonuses (like faster stamina regeneration), and even sit down to play some Four Color Cards.

The Legend of Tainding is scheduled to launch for Switch and PC in October 2021. You can wishlist the game on Steam right now.