Skip to content
Homepage / Check it out / The Elder Scrolls 6 Is In The "Design" Phase, Todd Howard Says 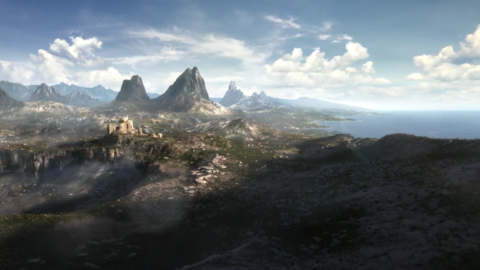 Bethesda Game Studios is currently working on Starfield for release in 2022, with The Elder Scrolls VI to come sometime later. Very little is known about the follow-up to the wildly popular Skyrim, but now Bethesda boss Todd Howard has shared a morsel of news about how it’s progressing and what game engine it will use.

Speaking to The Telegraph, Howard said The Elder Scrolls VI will use Bethesda’s new Creation Engine 2 technology which is “like a new tech base” for both games.

The “vast majority” of developers at BGS are currently focused on Starfield currently, but Howard said, “Everybody works on everything so the projects [Starfield and The Elder Scrolls VI] kind of intertwine.”

Overall, Howard said The Elder Scrolls VI remains in the “design” phase of its development. The team is currently considering the technical requirements of the game, and this is expected to include some advancements to Creation Engine 2 on top of what is needed for Starfield.

Starfield is slated for release on November 11, 2022, and Howard is confident that the game won’t be delayed beyond that. No release date has been set for The Elder Scrolls VI.

The Starfield trailer released during E3 2021 may contain a clue about The Elder Scrolls VI, according to eagle-eyed fans, but officially, Bethesda has not shared any specifics about the setting or any story details for the title.