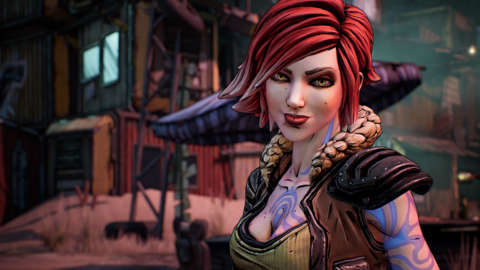 Gearbox boss Randy Pitchford is once again reminding people that the Borderlands movie is not directly connected to the video games and is not officially canon.

For Borderlands, Pitchford says, “It’s parallel and related to the video games, with authentic characters and themes, but independent canon from the video games.” So, it is canon, but only canon for the movie itself, not the games.

Some of us working on this are starting to refer to the realm of movie story as “within the Borderlands Cinematic Universe” (or BCU). It’s parallel and related to the videogames, with authentic characters and themes, but independent canon from the videogames. https://t.co/mHsDVoxrkZ

Back in April, Pitchford spoke about the distinction between what he called the Borderlands Cinematic Universe and the Borderlands Video Game Universe. “We are authentic to characters, tone and style, but allow for independent storylines. The mediums are not the same, so the content should not be bound to the same rules,” he said.

He went on to say that you can think of this like the relationship between the Marvel comic books and the Marvel cinematic universe. The movies contain numerous changes and tweaks from the comics, and it’s expected the same will be true for the Borderlands film.

“The movie is canon to the cinematic universe. The games are canon to the video game universe. There are parallels between them, but also differences. It’s okay. Consider how Marvel has handled movies versus comic books for reference if this is hard for you to understand,” he said on Twitter.

The movie is currently filming in Budapest but we’ve yet to see any trailer footage or learn about a release date.