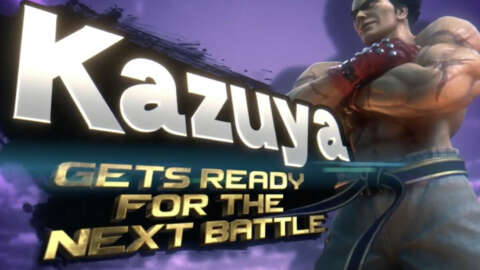 Tekken’s Kazuya Mishima is coming to Smash, Nintendo has revealed. The King of Iron Fist is the latest iconic fighting game character to punch his way into Super Smash Bros. Ultimate, following in the wake of Street Fighter’s Ryu and King of Fighters’ Terry Bogard.

At the E3 2021 Nintendo Direct, we saw Kazuya throw several popular Smash characters into a volcano just like he did to his dear dad Heihachi, including Ganondorf and Captain Falcon. While we only saw a little bit of Kazuya’s actual moveset, it appears that he has many of his most famous moves, including the signature Tekken 10-hit combo.

He also has the ability to turn into his Devil form, because why not. We saw Heihachi make an appearance in the background of what is likely Kazuya’s new stage. Additionally, we saw what is likely his final Smash, which involves using his copious. eye lasers to toast his opponents.

Smash director Masahiro Sakurai will host a special Smash direct that will reveal all sorts of info about Kazuya on June 28 at 7 AM PT / 10 AM ET, so check it out.