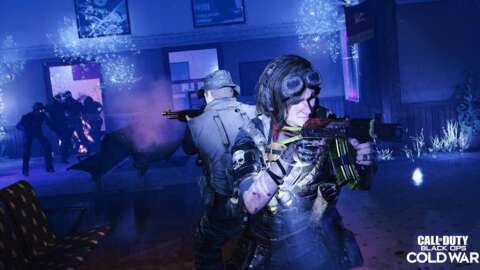 More teasers arrive for Call of Duty: Black Ops Cold War’s upcoming mid-season update on May 20. Today, Treyarch teased an image for Zombies, which likely hints at the long-awaited Easter egg for the Outbreak mode.

There’s not a lot to discover from the image, which is the blueprint of some sort of device, but Treyarch captioned it with, “The hunt begins May 20.”

Two weeks ago, Treyarch’s live Season 3 Studio Broadcast did confirm that Black Ops Cold War’s Dark Aether Zombies storyline would continue in Outbreak mode for Season 3. This would include a main Easter egg quest, which was set for later in season 3, presumably the mid-season update on May 20. This means today’s teaser of a “hunt” is almost certainly to hype players for the arrival of the main Easter egg quest.

The events set to unfold in Outbreak for Season 3 are also confirmed to set up the narrative for Cold War’s upcoming standard Zombies map, which the developers suggested in their studio broadcast will “probably” arrive in Season 4.

Another, recent teaser points to John McClane from Die Hard coming to Call of Duty as well. Hopefully this will be more than just character bundles in the shop, and we’ll see something more in line with Warzone’s Haunting of Verdansk, which brought horror icons Leatherface and Billy the Puppet to Verdansk for spooky limited-time modes.