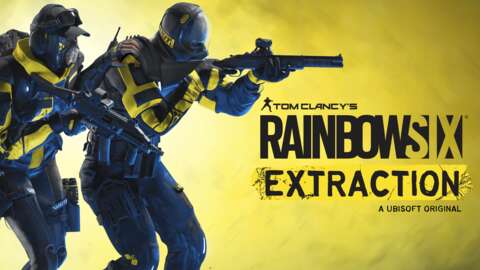 Target has dropped another buy 2, get 1 free sale on select video games, and this time there’s a special hook: preorders on upcoming games–some just announced at E3 2021–are included in the sale. Ubisoft’s Rainbow Six: Extraction and Just Dance 2022, Sega’s Lost Judgment, Capcom’s Monster Hunter Stories 2, and Serenity Forge’s Doki Doki Literature Club Plus are among the biggest new games that can be reserved as part of the deal.

In order to take advantage of the B2G1 goodness, add the three games you wish to purchase to your cart and the Target system will do the rest, automatically discounting the cheapest of the three. Using the mentioned titles as an example, a cart of Rainbow Six: Extraction ($60), Monster Hunter Stories 2 ($60), and Doki Doki Literature Club Plus ($30) would immediately change Doki Doki’s price to $0.

Check out the best deals at Target, as well as the full sale, below.

Amazon is also running a B2G1 sale of its own on top video games, though it does not include preorders at this time. Major games included in the Amazon sale are Resident Evil Village, Mass Effect: Legendary Edition, Nier Replicant, and It Takes Two. Many of the games in Amazon’s B2G1 free sale are already discounted as well.

In both sales games are not the only items on sale, as books, movies, and toys are also included. Target has lumped in the Game of Thrones Complete Series and the complete Harry Potter movie collection, while Amazon is offering The James Bond Collection and The Office: The Complete Series on Blu-ray. You can mix and match anything in the B2G1 sale, so you can pick up one game, one movie, and one toy (for example) and still get the discount in checkout.

Check out Amazon’s B2G1 free sale to see the full list of eligible products, using the tabs on the left side to sort by the department you’re looking for.