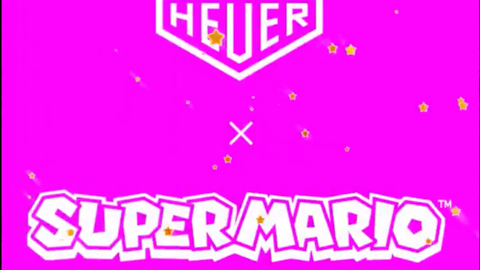 Nintendo has announced its latest crossover with a fashion brand, this time teaming up with luxury watchmaker Tag Heuer. Tag Heuer teased on Twitter that a Super Mario-themed watch will be revealed and released next week.

You can pre-register on Tag Heuer’s website to get early access to the limited-edition watch, which has yet to be revealed. The tweet says “Power-up on July 13” but the website has a countdown ending on July 15, so it’s unclear when exactly the watch will be available for purchase. The majority of watches on Tag Heuer’s website cost thousands of dollars, so it might be safe to expect this Super Mario watch to have a hefty price tag. If you’re really interested in buying the watch or at least want to see what it looks like, it’s probably worth pre-registering so you get alerted when it actually goes on sale.

Nintendo is no stranger to fashion crossovers, having previously worked with Uniqlo on an Animal Crossing: New Horizons collection and Levi’s on Mario-themed clothing, including the plumber’s signature overalls. However much the Tag Heuer Super Mario watch ends up costing, it has the potential to be one of the more premium crossover items Nintendo has had to date.

How To Watch Netflix On Nintendo Switch