Skip to content
Homepage / Check it out / Stylish Souls-Like Ender Lilies: Quietus Of The Knights Coming To Switch 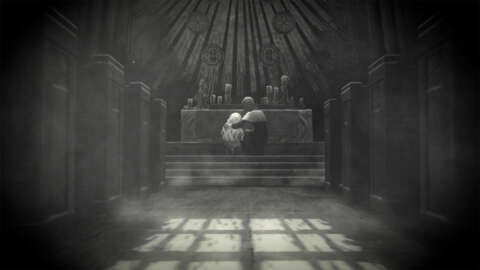 Thanks to the popularity of Dark Souls, there’s no shortage of stylish 2D “Souls-like” games out there these days, and one of the more impressive-looking ones is coming to Nintendo Switch later this month. That game is called Ender Lilies: Quietus Of The Knights, and it’s been in Early Access on Steam since January 2021.

Since release, Ender Lilies has received very positive reviews from Steam users, including more than 200 “thumbs up” reviews in the past 30 days. The game has a striking anime-meets-Souls art style that should be familiar to fans of From Software’s work, as well as popular metroidvania games like Hollow Knight.

Unlike other “Souls-like” games, where you play as a warrior or a mage who slowly gains in power, you battle your foes in Ender Lilies by summoning bodyguards to help you out. In this way, the game strongly resembles the “Stands” made famous by Japanese media franchise JoJo’s Bizarre Adventure, or perhaps the Personas from the Persona series. Ender Lilies will come to Nintendo Switch on June 22, the same day that the PC version will leave Early Access. The game will come to PS5 via PS4 backward compatibility on July 6. According to the publisher, a full playthrough of the game will take 10-15 hours to complete.