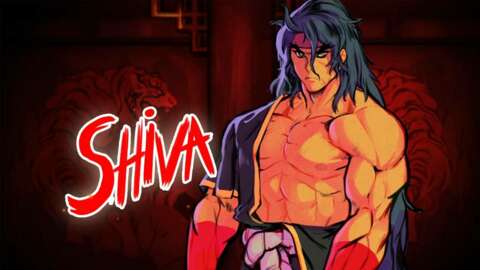 Streets of Rage 4 is expanding this year with its Mr. X Nightmare DLC, which adds three new playable characters, a Survival game mode, and a few other features. Shiva has been revealed as the third fighter for the DLC, a crowd favorite martial artist who has a deep connection not only with the Streets of Rage franchise but also the upcoming DLC and its primary antagonist, Mr. X. You can see him in action in the latest trailer below.

Shiva’s history in Streets of Rage dates all the way back to Streets of Rage 2, where he established his rivalry with Axel Stone and served as Mr. X’s personal bodyguard. Streets of Rage 3 saw Shiva pop up as a boss early in the game, and once defeated he could be unlocked as a playable character by holding down the B button until the next stage started.

Shiva could be fought again in Stage 6 if certain conditions were met, and in this battle, he had vastly increased health and attack stats. Streets of Rage 4 would cast Shiva as a Stage 6 boss once again, but this time as a rival who had turned his back on the Syndicate gang once and for all after he became a Buddhist.

Shiva will be joined by former Streets of Rage 4 bosses Estel Aguirre and Max Thunder as new playable characters. Estel still has her trademark spin kick offense and Max has all of his signature wrestling offense. As for the rest of the DLC, details on the new Survival Mode will come closer to launch, and more character customization to personalize your fighting style will also be included.

Streets of Rage 4 earned plenty of positive reviews when it was released last year, and is currently available on PC, PS4, PS5, Switch, Xbox One, and Xbox Series X|S. Also available on Xbox Game Pass, console and PC subscribers can grab one of the best games on that service right now if they’re signed up for it.