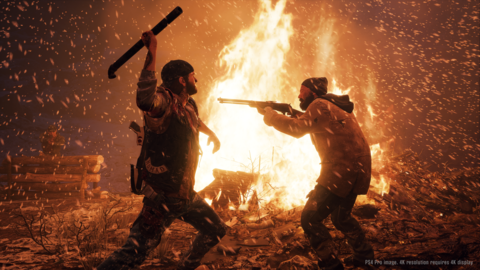 PlayStation Studios boss Hermen Hulst has shed some new light on Sony’s approach to releasing games on PC. In an interview on the PlayStation Blog, Hulst said it’s still early days, so there is no hard-and-fast strategy at this point. That said, Hulst noted that Horizon Zero Dawn’s PC edition was “very successful,” which demonstrates that people are interested in playing PlayStation games on a PC.

At the same time, Hulst stressed that Sony’s efforts on PC will never come at the expense of “building an exciting lineup of great console games.” He also suggested that you will not see day-and-date releases for PlayStation console games on PC like Microsoft does with its exclusives.

“I want to emphasize that PlayStation will remain the best place to play our PlayStation Studios titles at launch,” he said. “But we do value PC gamers, and we’ll continue to look at the right times to launch each game. Bend Studio just released the PC version of Days Gone on May 18. So that’s about two years after the PS4 release.”

“We want to reach new gamers who haven’t yet experienced the great stories, characters, and worlds that we’ve built,” Hulst added. “Releasing games on PC will not come ever at the expense of building an exciting lineup of great console games.”

A recent Sony investor presentation revealed that Horizon Zero Dawn’s PC edition was tremendously successful; Sony had a return on investment of 250%. In the same investor briefing, Sony strongly suggested that Uncharted 4: A Thief’s End may be the next PlayStation game to land on PC, but this has yet to be officially announced.