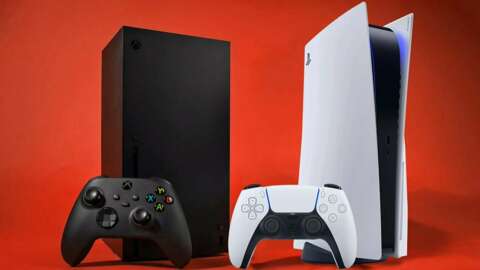 A “very successful console [maker that] does not have Game Pass” charges indie devs $25,000 USD to get discounts and feature spots on the platform, according to Neon Doctrine co-founder Iain Garner.

Garner took to Twitter to air out his frustrations with “Platform X.” Garner never identified the console maker but clarified that Game Pass doesn’t exist on the manufacturer’s platform, ruling out PC and Xbox consoles. Speculation has suggested the platform holder in question is Sony, and a subsequent tweet from Whitehorn Games CEO Matthew White laments the troubles his studio has encountered on this same platform. While not outright using Sony’s name, White strongly suggests it’s the PlayStation maker being referred to. White also notes that he used to work at “Platform X”; his LinkedIn profile shows him as having worked at PlayStation from August 2016-2017.

In short, Garner alleged that “Platform X” makes things difficult for many indie developers. He said the console manufacturer “gives developers no ability to manage their games,” including offering store discounts to customers. To even get a feature spot on the unidentified platform, according to Garner, indie developers “must jump through hoops, beg, and plead for any level of promotion.”

Platform X gives developers no ability to manage their games. In order to get promotion you must jump through hoops, beg and plead for any level of promotion. And a blog is not as good as they think it is.
If Platform X doesn’t like your game, no fanfare no feature no love.

There are several requirements an indie developer must complete before launching their game on “Platform X,” including going through a rigorous certification process through “over [three] generations of backend software.” Additionally, “Platform X” makes providing discounts on their games difficult. Receiving a promotion is not assured, though paying $25,000 USD to “Platform X” guarantees a sale. This lump sum is in on top to the 30% earnings the console maker already takes.

Oh but don’t worry. There is a way to guarantee you get featured! All you need to do is spend a VERY reasonable minimum of 25,000 USD to get featuring. Oh and then 30% of your subsequent earnings….
Bargain!

Neon Doctrine is an indie publisher working on The Legend of Tianding. Also an indie publisher, Pennsylvania-based Whitehorn Games’ name is attached to “wholesome” titles like Calico, Lake, and Onsen Master. A bulk of both publishers’ games don’t appear on the PlayStation platform.

According to Kotaku’s report, two independent sources verified the figure, saying the $25,000 USD price is in place for PlayStation consoles. Apparently, these “deals” can reach as high as $200,000 USD. However, Microsoft also reportedly runs similar schemes for Xbox and its online store.