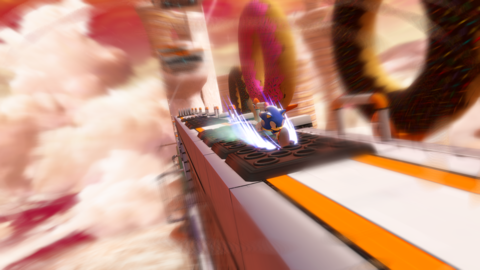 Sega is bringing back one of Sonic’s most popular recent games for his 30th anniversary. Sonic Colors: Ultimate is a remastered version of the 2010 game, coming to PC (via the Epic Games Store), PS4, Xbox One, and Nintendo Switch on September 7.

Sonic Colors was originally released for Wii and DS, where it received generally favorable reviews according to GameSpot sister site Metacritic. The Wii version was fully 3D, while the DS version was a 2D sidescroller reminiscent of classic Sega Genesis games. Based on what Sega has shown in the announcement trailer, this appears to be a remaster of the Wii version.

In addition to the remastered game, Sega teased a two-part animation series called Sonic Colors: Rise of the Wisps. The two-part short-form animation will feature Sonic actor Roger Craig Smith, who has voiced the character since 2010.

Sonic Colors comes in a retail and digital edition for $40. The physical version includes a Baby Sonic keychain, based on his appearance in the Sonic the Hedgehog movie, as a preorder bonus. The digital version gets you a Sonic electric boost from the movie, as well as player icons. A separate Digital Deluxe edition, for $45, includes early access on September 3 as well as player icons and a special cosmetic pack and music pack.