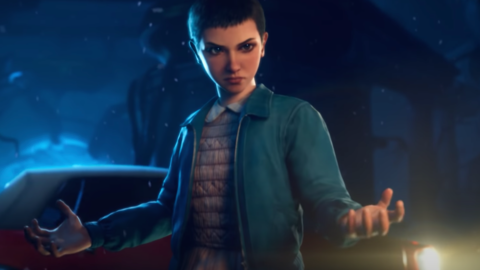 An unexpected crossover that looks like it could be a perfect fit, Stranger Things content is coming to Smite. Announced during the Summer Game Fest Kickoff stream on June 10, the crossover announcement revealed that a new Upside Down map will be coming to the game alongside the popular character Eleven.

The character doesn’t look like actress Millie Bobby Brown, but it’s clearly Eleven, who sports her signature buzzed head and appears to use her telekinetic abilities. She’s joined by the monstrous Bakasura, a demogorgon. With the new map and a few other characters included in the battle pass, it looks like this will be a very Stranger Things-focused season, and it happens just a little bit after Netflix holds its Geeked Week with focus on a variety of nerdy shows and films like Splinter Cell, Castlevania, and Cuphead.

The next battle pass for Smite will also feature Hopper and The Mind Flayer. It’s coming this July, so you have a little bit of time to become less of a scaredy-cat before it kicks off. Stranger Things Season 4 is also in the works.

This is the ninth year for Smite, and the online multiplayer game is still going strong despite the other ongoing projects from Hi-Rez Studios.