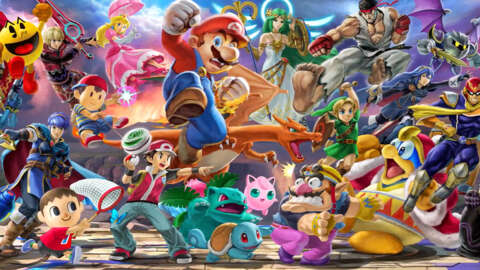 With the final update to Super Smash Bros. Ultimate, Masahiro Sakurai is taking a well-deserved breather. But as the chief creative force behind Smash for years, fans are already wondering what’s next for him, and for the series. And he has answers. Kind of.

Sakurai spoke with Japanese magazine Famitsu (via Siliconera) about his current plans. He said he’s not thinking about a sequel right now, but he “can’t say with certainty” that Ultimate will be the last Smash Bros. game. For the time being he seems to want a break, though, saying “I need to think whether I must release a Smash game or not, even if I have to do something that would disappoint users.” He also said he would need to seriously consider, and consult with Nintendo, on whether a future Smash would be successful.

Though he could simply step away and hand someone else the Smash Bros. reins, he sounds hesitant to do that. “I currently don’t see a path where Smash can be produced without myself,” he said. “Honestly, we did actually try leaving it to someone else, but it didn’t go well.”

So in short, Sakurai sounds pretty sure that only he can spearhead a new Smash game, but he isn’t thinking about it right now and may just need a break from the series entirely.

Super Smash Bros. Ultimate released in 2018, with the promise that it would include every fighter to have ever appeared in a Smash game previously. The game accomplished that at launch, but then added 11 more fighters in subsequent years with the Fighters Pass DLC sets. Those added notable characters like Banjo Kazooie, Sephiroth, and most recently, the most requested fighter, Sora from Kingdom Hearts.