Skip to content
Homepage / Check it out / Sky: Children Of The Light Is Out Now On Nintendo Switch 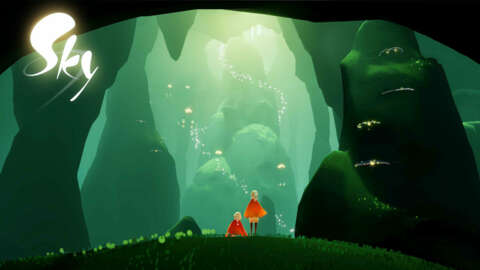 Nintendo Switch players can now download Thatgamecompany’s Sky: Children Of The Light for free, marking the game’s first release on a traditional gaming console. Originally released for iOS, and later Android, the Switch version of the game supports crossplay with both mobile platforms.

Sky sees players explore multiple dreamlike realms inhabited by other players, with whom they can make friends, team up to solve puzzles, and help each other unlock the game’s secrets. Since its first release in 2019, multiple new areas and features have been added, giving players new places and ways to explore.

The Switch version of the game will share servers with iOS and Android players, meaning new players will have veterans on hand to help them through the game.

Veteran players will also be able to keep their hard-earned progress if switching to the Switch, by using their mobile device to link their Sky account and Nintendo account. Thatgamecompany has published a blog that walks players through how to link their accounts, warning that this step can be permanent and should be done before starting a new game on the Switch.

While most of Sky: Children of the Light is free-to-play, the game includes a battle pass-style purchase to unlock some of its seasonal cosmetics. Some cosmetics and in-game currency packs can also be obtained through a one-off payment, including a new $30 Starter Pack that has been released for Switch players that includes two new capes, a playable vessel flute, a new hairstyle, and a bundle of candles, the game’s main currency.

Sky: Children of the Light is about to move into its tenth season, an event themed after The Little Prince which also marks its first third-party content collaboration. The new season will launch on July 6th.