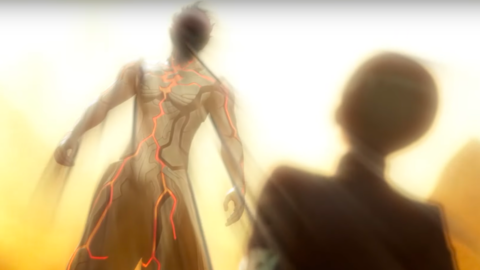 According to a ResetEra thread (via Persona Central), the game’s official Japanese website mistakenly updated to reveal details about Shin Megami Tensei V. Alongside the possible November 11 release date, the leak holds information about the game’s characters, demons, and narrative setup.

The protagonist’s name wasn’t revealed, but the leak suggests they are an ordinary high schooler who stumbles into the desert dimension of Da’ath. It’s here where they fuse with a “mysterious man” (a la Jujutsu Kaisen) to become an entity known as “Naobino” to battle against gods and demons.

A Desert World Of Some 200 Demons

Da’ath, according to the leak, is a world where “desert is found all over” and home to massive demons. Da’ath also houses “over 200 demons,” with several of them being newly drawn by character designer Masayuki Doi.

Gameplay wasn’t specifically outlined, but it seems players will take advantage of the protagonist’s fusion with the “mysterious man.” According to the leak, Da’ath is an “untamed land,” requiring the player to clear out powerful demons vying for control by “growing the power of Naobino and sometimes utilizing the power of the demons themselves.” It also seems the game’s ending could “diverge in many ways,” but this wasn’t outlined.

Other details from the leak include a “Forbidden Naobino box” limited edition of Shin Megami Tensei V. The bundle features the game’s charm, an item resembling Naobino, and the official soundtrack.

Neither Atlus nor Nintendo have commented on this leak. Even the release date remains questionable; since it comes from the official Japanese website, it could indicate the November 11 launch is region specific. However, we know Shin Megami Tensei V is coming this year on Nintendo Switch and Sega is considering worldwide releases for other Atlus games.

In other Nintendo news, the company announced plans to host a Direct E3 2021 livestream on June 15 at 9 AM PT / 12 PM ET. The 40-minute presentation will focus on games mostly releasing this year on Nintendo Switch, so there’s a possibility Shin Megami Tensei V could show up.