Whether you’re in it for movies, electronics, or kitchen gear, Amazon Prime Day 2021 is stacked with deals. With services like Microsoft’s Xbox Cloud Streaming and Amazon’s upcoming Luna service growing in popularity, we have more ways than ever to get gaming on our phones.

Thankfully, the Razer Kishi Mobile Game Controller is on sale for 35% off its usual price as part of Amazon Prime Day 2021–that’s $53 for the Android version and $67 for the iPhone and Xbox-specific versions. The Kishi for Android is compatible with a wide variety of phones, including Google Pixel phones, many Samsung Galaxy phones, and of course Razer’s own phones, as well as many other Android phones with center-mounted USB-C ports, while the Kishi or iPhone is compatible with a most iPhones 11 and later. In addition, it was our pick for best phone controller. 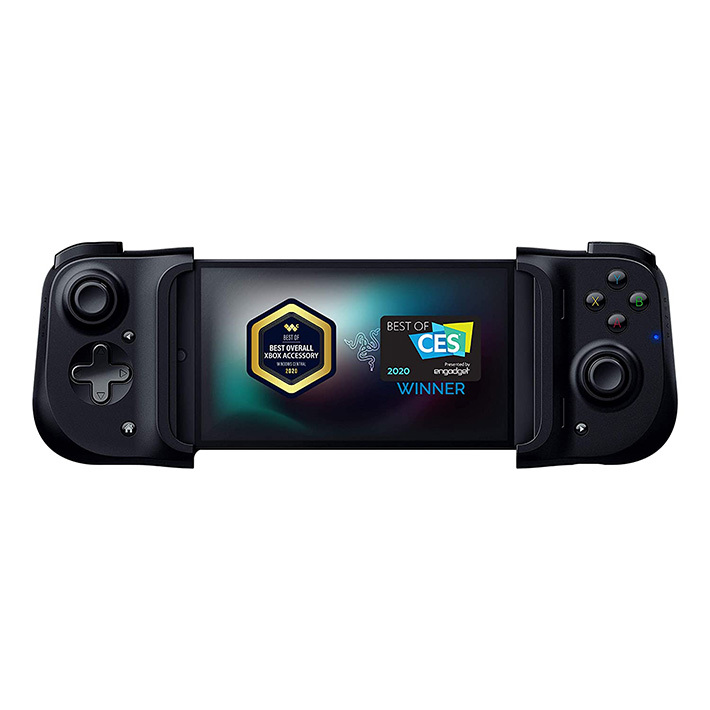 The Kishi expands to clamp onto your phone and plugs into the phone’s data port for a direct, latency-free connection. Once connected, it gives you the full gaming experience with four face buttons, a directional pad, two clickable analog thumbsticks, and two shoulder triggers to top it all off.

If you’re a fan of Razer gear or are looking to build up your gaming library, Prime Day has tons of other deals. Three months of Xbox Game Pass Ultimate for $30 will give you access to not only tons of games to play on your Xbox or PC, but also Microsoft’s Xbox Cloud Streaming service, currently in beta, which will act as a perfect companion to this new controller. You could also pick up one of a number of Bluetooth-compatible gaming headsets on sale for Amazon Prime Day to get the full gaming experience right from your phone. For more general gaming purposes, Razer is offering its Basilisk Ultimate HyperSpeed Wireless Gaming Mouse for nearly 50% off, and the BlackShark V2 Pro PS5 Headset for almost $50 off.

We have you covered with the best Prime Day deals and best Prime Day gaming deals to fill out your gaming needs for both hardware and software alike.