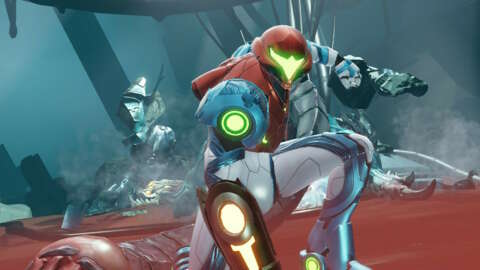 It’s an unpopular opinion, but I liked the small internal monologues that Samus had in Metroid Fusion. Her text-based thoughts were sprinkled throughout the game, providing insight into her mental and emotional state. Given that Metroid Dread follows in Fusion’s footsteps, concluding Samus’ story with a cinematic, narrative-driven game, I had hoped that we’d see her share her thoughts with us again. But that’s not the case. Despite Dread being about Samus, she doesn’t have a voice in the game’s story, and it’s a noticeable omission.

Admittedly, yes, Samus does talk in Dread. I know that she literally has a voice in the game’s story. And it’s a pretty cool line. But if you’re going to bring on a voice actor for Samus and have her speak, why not do it more than once? Given what happens to Samus over the course of Dread and what she learns about herself and her past, it feels strange that the one person who has nothing to say about who she is is Samus herself.

Now Playing: The Metroid Franchise – Which Are Worth Playing/Buying?

And I’m not saying Dread should have given her long-winded monologues, like she did in Metroid: Other M. I think Fusion got the formula right–in the quiet moments between the high-action set pieces, Samus would muse about what had happened to her or what she had just learned, typically relating the information back to her past. It gave us insight both into how Samus became the woman that she is and informed us as to her motivations and morals. Those monologues introduced us to Samus’ no-nonsense personality, while also revealing she was capable of being driven by emotions like fear. Despite being a badass bounty hunter, Samus was still human.

All throughout Dread, Samus uncovers startling revelations, and I would have loved to have known her reactions to some of them. Early on, Samus discovers that the ID numbers for each EMMI correspond to her Power Suit’s abilities, implying the Federation is building near-indestructible robots that are capable of what she does and can pursue a target with unrelenting focus–which sound a lot like the SA-X. Plus, she discovers the Chozo (the race that raised her) aren’t extinct. The same goes for the X parasites she tried to destroy in Fusion.

And most surprising (and intriguing) of all, not only does Samus discover who her Chozo “father” is, but she learns that her Metroid DNA is beginning to overtake her human DNA, transforming her into an energy-sucking parasite.

Through all of this, Samus says nothing. She only speaks up after being told how events transpired to bring her to planet ZDR, telling Quiet Robe that she’ll get the job done no matter what. She likely has additional thoughts on the matter, but we never get to hear them. It’s baffling–everyone else has an opinion on who Samus is and what she should do. Of the four speaking characters in Dread, Samus is the only one to rarely speak. Adam, Quiet Robe, and Raven Beak never stop talking, and it’s not even their game.

Part of me gets why Samus doesn’t have several opportunities to speak in Dread. Following the backlash of Other M, I doubt we’ll ever see Samus regularly talk in a game again. Plus, it was just easier to include those elevator monologues in Fusion, since that game is fairly linear and the developers could plan for when players would get another Samus monologue. But Dread does regularly funnel the player into certain situations–that’s why it’s able to have as many cutscenes as it does. So I don’t think it would have been impossible for developers MercurySteam and Nintendo EPD to incorporate two or three more moments of Samus speaking.

Just having the chance to know where Samus’ head is at as her journey comes to a close would have been a great way to send off the 2D Metroid saga. The way Samus moves and fights, it’s clear she’s confident and knows what she’s doing–evident in how she silently, yet confidently emotes. But outside of a few moments where we see Samus’ eyes widen in shock or glare in rage, we’re still kept distant from Samus’ emotional and mental state. We never have a clear idea of why she’s doing what she’s doing. Her goal is to initially escape the planet, and then she pivots into destroying the last of the X, before finally confronting and seeking to understand what’s happening to her on a biological level. But is she at all confused as to how the Chozo are still alive? Does she fear the horrifying transformations to her body? We don’t know, and I think getting some insight into Samus’ thoughts would have just made for a stronger narrative conclusion to these decades of storytelling.