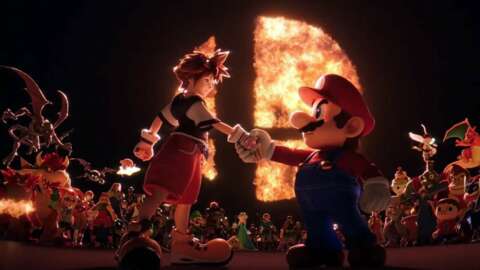 When Sora was introduced as the final playable fighter for the Switch’s Smash Bros. Ultimate, fans were amazed that such a collaboration had been able to happen between Nintendo, Disney, and Square Enix. Now, Smash Bros. creator Sakurai has explained in a Weekly Famitsu column how the deal was made, as reported by Kotaku.

“As I think some can imagine, the barriers for Sora entering the battle were quite high,” Sakurai acknowledged in his column. “Even though players’ expectations were great, I honestly thought it was impossible.”

The saga began with Sora becoming the most requested character in Smash Ultimate’s Fighter Ballot–which Nintendo didn’t reveal at the time, as the team thought it would be basically impossible to get the Kingdom Hearts character into Smash. The concept only started to look a little more likely after Sakurai met a Disney representative by chance at an awards night, who said they would like to see Sora join the battle.

This meeting was followed by official negotiations, which had to involve Disney, Square Enix, and Nintendo, all of whom had a say in how Sora would be depicted in Smash Bros. “Supervision from both Disney and Square Enix is required for anything that Sora does,” Sakurai explained. “It did feel like the various hurdles were high, and in reality, there were various rules in place for development to go forward.”

“The first Sora model that the Smash team sent to Disney/Square Enix was very high quality and there weren’t a lot of issues,” Sakurai joked, as translated by Kody Nokolo on Twitter. “Just kidding. It was quite difficult.” He mentioned that adapting Sora’s Kingdom Hearts combat style to work with the more fast-paced fighter gameplay in Smash Bros. was especially difficult, but that he thinks they succeeded in the end.