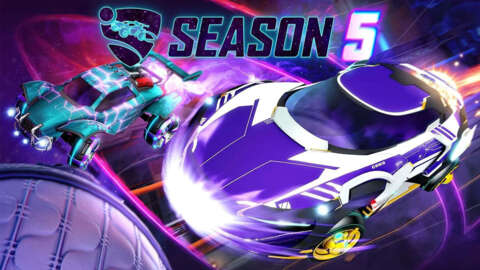 Rocket League Season 5 is officially live on PC and consoles, bringing with it a brand-new arena variant, a Rocket Pass featuring a new vehicle, and more.

Version 2.08 introduces an updated look for the Starbase Arc arena, giving it a new space theme in the form of Aftermath. This arena variant can be experienced in Online Playlists, Private Matches, and Free Play mode. Alongside the arena, Rocket League players will also be able to acquire a new car called the Nexus, which is featured in the games’ Season 5 battle pass–the Rocket Pass.

In addition, previous rewards from Season 4 competitive mode will begin rolling out for eligible players, including Reward Items and Titles for those who reached achieved high rank, as well as custom, non-tradeable wheels.

Developer Psyonix also confirmed that a limited-time mode called Heatseeker Ricochet will begin on November 18, and will be a variation of another Rocket League limited-time mode, Heartseeker, where hitting the ball causes it to hone in on the opponent’s goal.