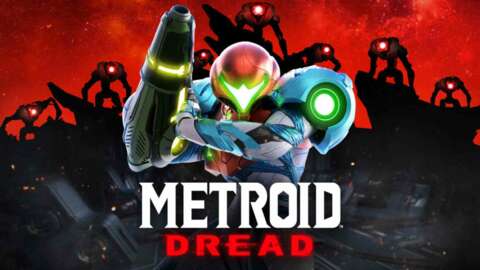 Metroid Dread, the direct sequel to Metroid Fusion, releases on October 8. Ahead of the launch date, multiple publications have issued their reviews, verdicts, and thoughts on the newest installment in the classic Metroid franchise. We rounded up reviews and scores below for you to check out.

Metroid Droid is a sci-fi game that follows bounty hunter Samus Aran and her journey to recover her powers on the mysterious planet ZDR. Like its predecessors, Metroid Dread is a side-scrolling adventure where players need to escape hordes of murderous robots and aliens.

You can check out GameSpot sister site Metacritic for a more detailed breakdown of reviews around the web, and our Metroid Dread preorder guide for more information on purchasing the game.

“The metroidvania genre moniker alone is proof that Metroid’s DNA has lived on throughout the lengthy hiatus. As Samus returns in Metroid Dread, it’s undeniable that the series is entering a landscape that is littered with games that are indebted to it and in some cases improved on it. Nevertheless, Metroid Dread is a triumphant return for the bounty hunter—in large part because it remains true to its lineage. Like seeing an old friend for the first time in many years, Metroid Dread is charmingly familiar, an old-school side-scroller with a modern look and feel.” — Steven Petite [Full Review]

“The best thing about Metroid Dread is how it simultaneously feels staunchly loyal to the series’ traditions, but also a meaningful upgrade on what came before. With that, it’s both a fine conclusion to one of gaming’s most beloved sagas, and a glimpse at how it could yet thrive under the guidance of a studio that’s proved itself as a worthy custodian.” — Andy Robinson [Full Review]

“Metroid Dread gets so much right after so many years that I almost feel resentful that we didn’t get this game and a few sequels in some steady cadence starting in 2005. But instead, I’m incredibly happy to play a Metroid that is back at the top of its game. Even though it’s the latest in a decades old series, Dread has just enough clever innovation to balance its familiarity. The universally recognizable mix of tough puzzles, tougher boss fights, ever-evolving exploration options, and intricate level design that recent games like Hollow Knight and Ori get so right has an origin point: It’s Metroid.” — Samuel Claiborn [Full Review]

“Metroid Dread’s often idiosyncratic approach to combat and control has a wide-reaching impact on what this 2D adventure can ultimately achieve. There’s a great game buried in here, but you’ll need to constantly push through some frustrating encounters and points of friction to find it. This isn’t the return Metroid deserved after Fusion, but after 19 years perhaps it’s no surprise that Samus Aran is a little off her game. ” — Josh West [Full Review]

“Dread reimagines the Metroid format with confidence and care, and it trusts the player to make leaps along the way. While following its interwoven path of epic boss fights, satisfying upgrades, and otherworldly environments, all I could think was that this is the Metroid game I’ve been waiting for. It easily stands astride the best entries in the series, and I eagerly await a follow-up in the year 2040.” — Russ Frushtick [Full Review]

“This is a modern Metroid, a 2D adventure delivered with triple-A panache, yet one that retains the grace and poise that’s always marked the highlights of this series, and marked it out from its many imitators. How blessed we are to have Samus properly back, and what a marvel it is to be reminded how special Metroid can be. The wait, I’m delighted to say, was somehow worth it.” — Martin Robinson [Full Review]